FRee shipping on orders over $50 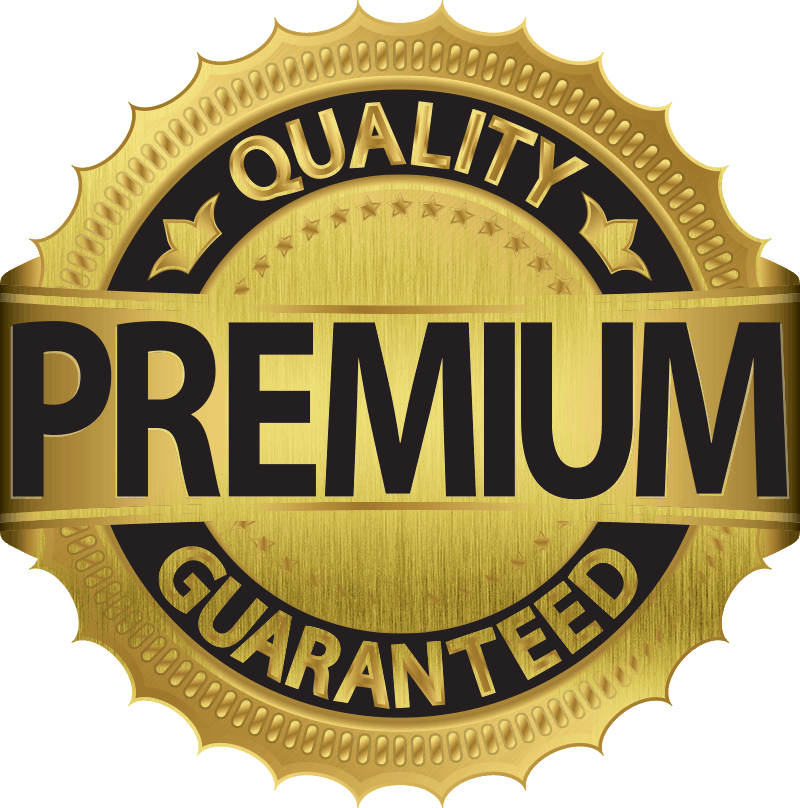 Laws and Restrictions for Pepper Spray, Stun Guns and Knives

Below are laws and restrictions that we are aware of.  You should check locally if you believe stun guns, pepper sprays and knives may be restricted in your area:

States Where Pepper Sprays are Restricted

(We cannot ship to these states. If an order is placed your order will be cancelled)

New York: New York residents may only purchase defense sprays from licensed Firearms Dealers or licensed Pharmacists in that state.

Massachusetts: It is illegal for pepper spray to be mailed to Massachusetts, but it may be lawfully carried by private citizens. Before it is legal for any resident of the state to purchase the spray, a dealer must obtain a proof of age 18 or over with a valid form of identification. However Individuals between the ages of 15 and 18 must still have a valid firearms identification (FID) card to purchase self-defense spray. These are very easy to get: you simply request one at any local police station, fill out the required form and provide two separate types of identification. Every FID has a processing fee of $2, and takes about a week to receive.
States Where Pepper Sprays Have Some Restrictions:

Michigan: Pepper spray must not be more than 10% and can be used for self defense. “The reasonable use of a self-defense spray or foam device containing not more than 10% oleoresin capsicum by a person in the protection of a person or property under circumstances that would justify the person’s use of physical force.”

Wisconsin: Tear gas is not permissible. By regulation, OC products with a maximum OC concentration of 10% and weight range of oleoresin of capsicum and inert ingredients of 15-60 grams are authorized. This is 1/2 oz. and 2 oz. spray. Further, the product cannot be camouflaged, and must have a safety feature designed to prevent accidental discharge. The units may not have an effective range of over 20 feet and must have an effective range of six feet. In addition there are certain labeling and packaging requirements: must state cannot sell to anyone under 18 and the phone number of the manufacturer has to be on the label. The units must also be sold in sealed tamper-proof packages.

NOTE: Pepper Spray is legal in all 50 states, however a number of cities and states have restrictions on sizes, strengths, etc.. If you have a question, it is wise to check with you local city or state attorneys office. Defense sprays should only be purchased by those 18 years of age or older. The above list may not be totally accurate or complete and Self Defense & Security accepts no responsibility for its accuracy or completeness.

1. Sell an authorized remote stun gun without keeping an accurate sales record as to the identity of the purchaser with the manufacturer of the

authorized remote stun gun. The identification that is required by this paragraph shall be verified with a government issued identification. This

requirement does not apply to secondary sales.

(B) “Any device by whatever name known which will, or is designed, or may be readily converted or restored, to expel a projectile by the action of an explosive or other propellant through a smooth bore barrel, except a shotgun.”

(D) Any device designed or redesigned, made or remade, or readily converted or restored, and intended to stun or disable a person by means of electric shock.

Subchapter V. Sales and Transfer of Firearms, Destructive Devices, and Ammunition. General Provision 6-2351. Sales and transfers prohibited. No person or organization shall sell, transfer or otherwise dispose of any firearm, destructive device or ammunition in the District except as provided in *** 6-2352, or 6-2375.

SUMMARY: Possession and sales of Stunning Devices are banned in Washington, DC.

“Electric gun” means any portable device that is electrically operated to project a missile or electromotive force.

(a) It shall be unlawful for any person, including a licensed manufacturer, licensed importer or licensed dealer, to possess, offer for sale, hold for sale, sell, give, lend or deliver any electric gun.

(b) Any electric gun in violation of subsection (a) shall be confiscated and disposed of by the chief of police.

SUMMARY: Possession and sales of Stunning Devices are banned in Hawaii.

Massachusetts State Law. Ann. Laws of Massachusetts. Chapter 140. Sale of Firearms. Section 131J: Sale or possession of electrical weapons; penalties. Section 131J. No person shall sell, offer for sale or possess a portable device or weapon from which an electric current, impulse, wave or beam may be directed, which current, impulse, wave or beam is designed to incapacitate temporarily, injure or kill. Whoever violates this provision of this section shall be punished by a fine of not less than five hundred nor more than one thousand dollars or by imprisonment for not less than six months nor more than two years in a jail or house of correction, or both.

SUMMARY: Possession and sales of Stunning Devices are banned in Massachusetts.

(1) A person shall not sell, offer for sale, or possess in this state a portable device or weapon from which an electric current, impulse, wave or beam is designed to incapacitate temporarily, injure, or kill.

(3) A person who violates this section is guilty of a felony.

SUMMARY: Possession and sales of Stunning Devices are banned in Michigan.

(Section “r” summarized from Chapter 2C:39-1) “Weapon” means anything readily capable of lethal use or of inflicting serious bodily injury. The term includes, but is not limited to all (4) stun guns; and any weapon or (this section refers to tear gas and has been updated in 1995) other device which projects, releases, or emits tear gas or any other substance intended to produce temporary physical discomfort or permanent injury through being vaporized or otherwise dispensed in the air.

(t) “Stun gun” means any weapon or other device which emits an electrical charge or current intended to temporarily or permanently disable a person.

Senate Bill No. 2781, as amended by the Senate Law, Public Safety and Defense Committee, prohibits as a crime of the fourth degree the possession of a stun gun by any person, including a law enforcement officer. A crime of the fourth degree carries a penalty of imprisonment for up to 18 months, a fine of up to $7,500, or both. Prior to being amended the bill classified possession of a crime in the third degree. {Editorâ€™s Note: According to Len Lawson of NJ Legislative Council, (609) 292-4625) NJ does not classify crimes in felonies versus misdemeanors. The highest crimes are in first degree on down to fourth degree. A fourth degree penalty is a serious charge and is generally considered a misdemeanor in common terms. It is however an indictable offense. A fourth degree crime does contain “a presumption of non-custodial sentencing,” meaning that there is not imprisonment if there are no prior convictions. In some cases the sentencing is obviated from one’s record if there is a period of good behavior following the charge.}

The committee amended the bill to include a provision authorizing the Attorney General, at his discretion, to exempt law enforcement officers from the prohibition against possession stun guns.

The bill also was amended by the committee to include stun guns in the definition of “weapon” in paragraph r. N.J.S. 2C:39-1.

(h) Stun guns. Any person who knowingly has in his possession any stun gun is guilty of a crime in the fourth degree.

SUMMARY: Possession is banned of Stunning Devices in New Jersey.

15-a. “Electronic dart gun” means any device designed primarily as a weapon, the purpose of which is to momentarily stun, knock out or paralyze a person by passing an electrical shock to such person by means of a dart or projectile.

15-c. “Electronic stun gun” means any device designed primarily as a weapon, the purpose of which is to momentarily stun, cause mental disorientation, knock out or paralyze a person by passing a high voltage electrical shock to such person.

SUMMARY: Possession is banned of Stunning Devices in New York.

General Laws of Rhode Island. Title 11, Chapter 47. Statute Subsection 11-47-42. Weapons other than firearms prohibited. – (A) No person shall carry or possess or attempt to use against another, any instrument or weapon of the kind commonly known as a *** stun gun ***. Any person violating the provisions of this subsection, shall be punished by a fine of not more than five hundred dollars ($500), or by imprisonment for not more than one (1) year, or both such fine and imprisonment, and the weapon so found shall be confiscated.

SUMMARY: Possession and use of Stunning Devices are banned.

Under the CCW (Carrying Concealed Weapons) laws, the prohibition against possessing or going armed with an electric weapon does not apply to any of the following:
A CCW licensee or an out-of-state licensee.
An individual who goes armed with an electric weapon in his or her own dwelling or place of business or on land that he or she owns, leases, or legally occupies.
Wis. Stat. 941.295(2g).

SUMMARY: You need a CCW license or recognized out of state license to legally carry stun guns in Wisconsin. However, you can have a stun gun in your home or business and even carry it in your vehicle if it’s in a closed case. The catch 22 is that no one can sell to you if you don’t have a CCW license.

Publishers Note: The following jurisdictions require waiting periods or notifications to law enforcement officials before weapons may be delivered to purchasers:

SUMMARY: Possession and sales of Stunning Devices are banned in Chicago. (More information required on City of Chicago Ordinance)

Philadelphia City Ordinance. Statute 10-825 Stun Guns. (1) Definitions. (a) Stun Gun. Any device which expels or projects a projectile which, upon coming in contact with a person, is capable of inflicting injury or an electric shock to such person. (2) Prohibited conduct. Nor person shall own, use, possess, sell or otherwise transfer any “stun gun.” (3) Penalty. Any person violating any provision of this section shall be subject to a fine or not more than three hundred (300) dollars and /or imprisonment for not more than ninety (90 days.)

Administrative Code of the City of New York 10-135 Prohibition on sale and possession of electronic stun guns.

a. As used in this section, “electronic stun gun” shall mean any device designed primarily as a weapon, the purpose of which is to stun, render unconscious or paralyze a person by passing an electronic shock to such person, but shall not include an “electronic dart gun” as such term is defined in section 265.00 of the penal law.

b. It shall be unlawful for any person to sell or offer for sale or to have in his or her possession within the jurisdiction of the city any electronic gun.

c. Violation of this section shall be a class A misdemeanor. [Exemptions under this section are provided for police officers operating under regular department procedures or guidelines and for manufacturers of electronic stun guns scheduled for bulk shipment. NOTE: The electronic stun gun is not a “firearm” under the Federal Gun Control Act of 1968 because it does not “…expel a projectile by the action of an explosive…”]

SUMMARY: Possession and sales of Stunning Devices are banned in New York City

a. In order to possess a Taser or stun gun, an individual must have a valid FOID card, as is currently required for firearms.

b. Sellers of Taser or stun guns must check the buyers FOID card and keep the record of sale for ten years, the same requirements for firearms sales.

c. When a licensed firearms dealer sells a Taser or stun gun, they must request a background check of the buyer.

SUMMARY: Possession and sales of stunning devices are banned in the state of Illinois without the proper licensing

Automatic Knives are Illegal and cannot be shipped to the following states:

Butterfly Knives are Illegal and cannot be shipped to the follow states: